Bygone era brought back to life in Kritou Terra

Recreating a traditional clothes-washing ritual in Kritou Terra is part of Paphos’s tourism strategy. Paphos is renowned for its top-rated tourist attractions and sun-drenched beaches. A vacation hotspot, the coastal resort is also home to picture-postcard rural villages nestled in mountain regions, full of local charm. Bursting with historic architecture, labyrinths of narrow cobbled streets, local handcrafts, ancient churches and monasteries, and traditional taverns dishing out the authentic, these remote villages provide an enthralling glimpse into Paphos’ rural past.

Head of Paphos regional board of tourism, Nasos Hadgigeorgiou, said rural tourism is an important factor in the development of Paphos’ rural areas. “Our aim is to highlight the unique characteristics and aspects of rural Paphos, which contribute to the promotion of the region, not only as a sun and sea destination but also one that offers rural travellers an authentic cultural experience and interaction with the locals,” he added.

Earlier this year, the Paphos regional board of tourism installed smart signs at various points of interest across the district of Paphos, as part of a wider plan to upgrade the visitor experience to the region.

The discreet, environmentally friendly signs feature a QR code that when scanned, will redirect the user to relevant information, including photographic material, audio tours and video content amongst others, making the experience interactive and engaging. “The QR codes are also customised to ensure visitors see the content in the language of their choice,” Hadgigeorgiou said.

The village of Kritou Terra was one of the first communities in the Paphos region to include QR codes to complement its landmarks. “Our aim is to support the Paphos regional board of tourism’s initiative through various traditional activities that will strengthen the rural tourism product in Paphos,” community leader of Kritou Terra, Charalambos Dervis, told the Cyprus Mail.

Speaking at a re-enactment event held in Kritou Terra on Friday, where women from the village performed a narrative before a live audience, Dervis pointed out the importance of such an event on rural tourism. “Traditional re-enactments raise the cultural heritage profile of the local community, generating media exposure and help develop inbound tourism activity,” he said. “Videos of the event will be uploaded onto the relevant websites, making the QR experience more valuable and engrossing to anyone who encounters it.”

The event, which took place at the old ‘laundry’ site or public wash house of the village, known as “Plystarkos,” featured six women re-enacting a traditional washing scene, a custom that began in 1908 lasting until the early 1960s when the community had water supplied directly to individual homes. The women of Kritou Terra would transport their soiled clothes in large woven reed baskets, carried on their shoulders, to the site, which consisted of six circular stone troughs, 60-70 centimetres in diameter, carved into a rock. A stone-built fountain controlled the flow of the water to each trough; a smaller groove located on the side served as a drainage pipe for the unclean water to pass through. The extensive laundry rituals included long stages of washing with lye solution and soap, beating, rinsing, and boiling in metal buckets over a wood-burning fire. The clean clothes were finally transported back home in the same woven reed basket and hung out to dry.

The women of the village would meet at “Plystarkos” daily to wash their clothes, except for Tuesday, a day reserved for bathing. At a specific point in the stone fountain, where the rock formed a dent, a deeper cut was drawn that could be used by the women to bathe. The village men were banned from the site on that day and were even instructed by the women to find an alternate route for carrying out their errands.

“The re-presentation of our cultural heritage, in these forms, creates a unique set of interactions between landscapes, local communities, tourists and organisations,” Hadgigeorgiou said. “The Paphos regional board of tourism will be extending the initiative into other communities, areas and points of interest soon.”

The public wash house and bath are in the centre of the village, adjacent to the flour mill and the riverbank. The village of Kritou Terra attracts thousands of visitors annually and is renowned for its waterfall, nature trails, picnic tables and barbecue pits. 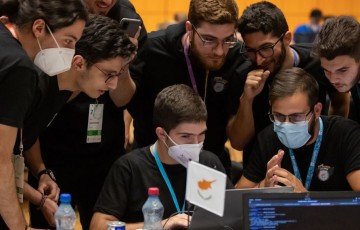 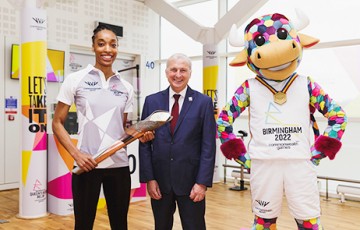 Queen's Baton Relay - route today The Queen's Baton will continue its relay across Cyprus today passing through the Nicosia, Larnaca & free Famagusta areas. In all, the baton will travel to 72 Commonwealth nations and territories, carrying the Queen’s message to the Commonwealth ahead of next year&rsqu... NEWS 6 days ago 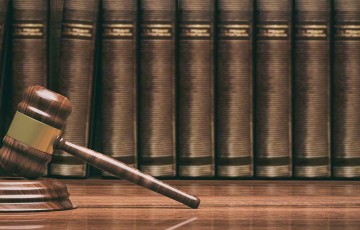