Troodos National Forest Park, with an area of 9,307 ha; was declared as such in 1992, while four areas within the N.F.P. (with a total area of 220 ha) were declared as Nature Reserves. Troodos National Forest Park hosts not only the largest number of plants compared to any other area of Cyprus but also the largest number of endemic plants. Moreover, it has been designated as one of the 13 "Plant Diversity Hot Spots" in the Mediterranean.

Cavo Gkreko, in the south-east part of the island, is a National Forest Park and occupies an area of 390 ha.

Athalassa National Forest Park with an area of 840 ha, with man-made vegetation, is situated near Lefkosia (Nicosia) town and offers many recreational facilities.

Paedagogical Academy National Forest Park with an area of 45 ha, with man-made vegetation, is situated near Lefkosia (Nicosia) town and offers many recreational facilities.

Polemidia National Forest Park, near the town of Lemesos (Limassol), occupies an area of 125 ha and offers recreational facilities.

Rizoelia National Forest Park, near the town of Larnaka, covers an area of 97 ha and it is under development concerning recreational facilities.

Tripylos Natural Reserve, with an area of 823 ha, including the famous Cedar Valley is the first declared Nature Reserve.

Akamas peninsula, the north-westernmost tip of Cyprus, has been managed up to now as a National Forest Park. In the areas of Akamas, Lara-Toxeftra is a Marine Reserve.

In the near future, several other forest areas will be declared either as Nature Reserves or as National Forest Parks. Such areas are Platis Valley, Mavroi Kremnoi, Madari, Larnaka and Akrotiri Salt Lakes etc.

The camping sites in Cyprus are licensed by the Cyprus Tourism Organisation. Facilities available in camping sites include showers, toilets, washing facilities, mini-market, and usually a snack - bar or restaurant.

The opening period for each camping site is indicative and customers are advised to confirm whether the sites are open by contacting either the camping sites or any Cyprus Tourism Organisation office in Cyprus or abroad.

As they grow in popularity the various sites are maintained, improved and enlarged every year by the Forestry Department, in co-operation with the Cyprus Tourism Organisation. To assist in keeping them at their most attractive, and to ensure that the level of service is maintained, visitors are asked to respect the environment and co-operate with the Forestry Department's regulations.

Fires should not be lit anywhere except in the areas provided for barbecues and grills.

Make sure that any fires still burning in the barbecue areas are properly extinguished before leaving.

Children should not be allowed to play with matches in the forest.

Portable barbecues or grills should not be used anywhere except in the areas provided.

Never throw lighted matches or cigarette ends into the forest.

If you see a fire in or near the forest put it out if you can. If you cannot, inform the Forestry Department or Police immediately. There is no charge for telephone calls advising of a fire.

Please do not cut branches from trees or carve names into tree trunks.

Please respect the wishes of others for peace and quiet, and try not to disturb them with loud noise and music.

Don't throw away litter in the forest or in the picnic sites. Litter bins are provided at all sites.

Please take care not to damage the sites or facilities in any way. 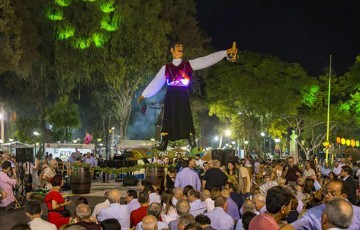