Larnaca shows off its underwater treasures in new video

The Larnaca tourism board made a move to promote diving tourism on Wednesday, presenting shipwrecks at the bottom of the sea in a newly-released video.

According to the board’s monthly newsletter, people, and not only lovers of diving tourism are invited to “immerse themselves” in the fascinating world of living marine life located in the area of ​​Larnaca through the new video clip.

Entitled ‘Larnaca’s fascinating underwater world’, the video visits five of the most popular shipwrecks and diving sites, including sea caves, to show why the area is known as a diving destination.

The video begins with HMS Cricket, an old British ship carrying weapons that is upside down on the seabed. The ship survived World War I, was then used as a target for the British Air Force RAF in Larnaca Bay and finally sank in 1947 due to bad weather.

It is surrounded by a rich marine life including octopuses, slugs, snails, lionfish, starfish and sea bream.

The next two vessels shown in the clip are the ones recently acquired by Larnaca, the LEF1 and Elpida which were launched in December 2019 and have already begun to attract marine life.

Elpida sank to a depth of 32 metres while LEF1 is at a depth of just 13 metres, as the aim is to create the first swimming reef in Cyprus with it.

In the caves located in the sea area of ​​Pyla, divers can enjoy stalagmites, stalactites and gorges while larger fish and other creatures can be found among the rocks.

The video also shows the legendary shipwreck Zenovia, one of the top diving destinations in the world.

“The ship is located in the port of Larnaca and fascinates with the huge variety of marine life it has, including lionfish, barracuda, sea slugs and snails, starfish, turtles and octopuses,” the tourist board commented.

Divers can also tour the cargo of the ship which consists of trucks and thousands of eggs. 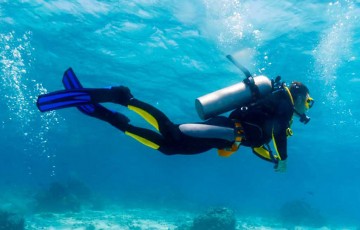 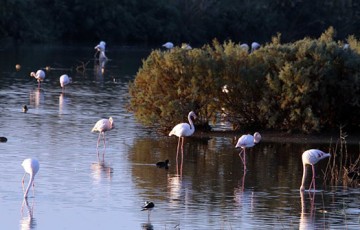